Tony Montana is one of those rare figures in popular culture who crosses racial boundaries. He’s played by Al Pacino, who is an Italian acting as a Cuban who would later inspire a generation of black and Hispanic guys to create hip-hop tributes that will be listened to by white suburban kids.

He is the kind of world-class criminal a lot of men would aspire to be if they were ambitious enough. They envision living the fast life of cocaine, killing cockroaches that cross them, and having scantily dressed women fucking them because they have tons of cocaine. Most give up those high ambitions and settle for mind-numbing office jobs with free snacks and synergy.

Yet Tony’s inspiration lives on. Single males across the country have a Scarface poster hanging on their bedroom walls this moment. So why does this ruthless criminal inspire so many of even the most upright of young men?

Take one look at a guy like Tony Montana and you know he didn’t grow up in the suburbs. His default facial expression consists of a scowl, and his trademark scar is an indicator of his street-thug roots. Like many people seeking to escape Castro’s grips, he headed to America to start a new life via banana boat to engage in free black-market capitalism.

“Me, I want what’s coming to me,” says Tony as he drives his Cadillac.

“The world, chico, and everything in it.”

Tony is a man who is going places and is nearly delusional about his potential. He doesn’t let the fact that he is without education, power, money, or influence become roadblocks. Tony uses the tools he has—balls, decisiveness, and street smarts—to help him overcome every obstacle.

He’s shrewd and cunning, quickly moving up from a small-time crime syndicate’s foot soldier to running Miami’s most powerful criminal empire. He epitomizes a version of the American dream to which many downtrodden youths can relate: coming from absolutely nothing and transforming yourself into a total boss.

Tony shows up at his mother and sister’s house one quiet night. It had been years since he had seen them. He had purposefully held off on seeing them until he was a success. He wants them to be proud of him and know that he has made it.

He proudly gives his mother $1,000. “Who did you kill for this, Antonio?” she inquires. She knows well what kind of man her son is. She rejects his blood money and ends up kicking Tony out of the house. Even after that, Tony has tremendous love toward his mother and tells his sister Gina to slip her some money a little at a time so she won’t notice.

He’s highly protective of his little sister, Gina. He constantly keeps his eye on her and attempts to prevent other men from getting close to her. This speaks volumes to men who feel extremely protective toward their little sisters or cousins. He may be overbearing in his protection of her, but it shows that his love for his blood is true and strong.

3. He Sets His Own Values 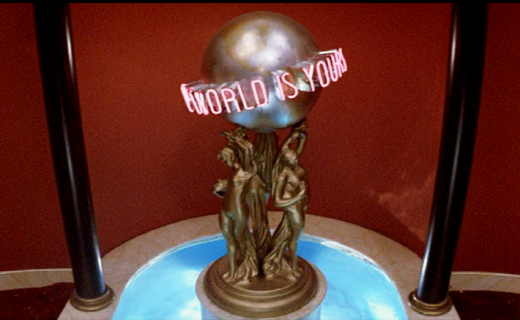 “All I have in this world is my balls and my word and I don’t break them for nobody, you understand?” It is an outlaw ethos that has been echoed for the last 30 years by many an inspired male. Tony lets you know that even though he is a criminal, he is the type of criminal who does crime the right way. He only fucks over those who deserve it. If you weren’t Tony, you know you’d want to be in his crew because you’d have one of the best bosses around.

Nowhere else does Tony exemplify his rock-solid values more than when he refuses to allow the killing of the wife and kids of a man he was supposed to assassinate. He feels that’s the coward’s way of conducting business and refuses to let the assassin detonate the bomb by placing a bullet through his skull. It was a fine case of hip-pocket executive decision-making.

4. He Got To Fuck The 1983 Version Of Michelle Pfeiffer 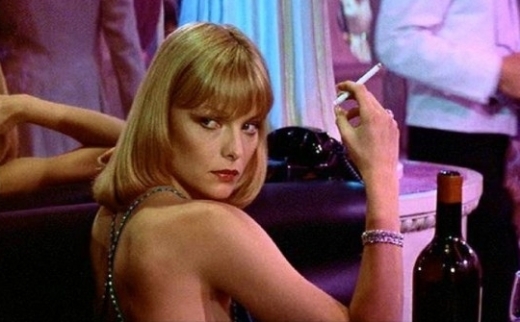 While any version of Michelle Pfeiffer is sexy, feminine, and alluring, the 1983 model of her was a pristine example of female beauty.

“I say she’s a tiger. She belong to me,” Tony states to her. While Tony knew to put money before bitches, he also knew that if had the right one by his side, he could go to the top. When he saw the one he wanted, he went after her. He was not too shy or nervous. He didn’t wait for her to give him hints. He didn’t care that she wasn’t interested in him. He went for her for like the boss player he is.

No one intimidated Tony. He had a high sense of confidence in himself and displayed it again and again and thus winning over such a fine woman. He had mountains of coke and she was addicted to coke, so he kept her rolling in it. It was a coke dealer’s style of bringing your girlfriend flowers every day.

Maybe he wasn’t the good guy in the legal sense, but he was the best at what he did. He told off the true bad guys, the corporate thieves and corrupt politicians: “You need people like me so you can point your fuckin’ fingers and say, ‘That’s the bad guy.’ So what that make you? Good? You’re not good. You just know how to hide, how to lie. Me, I don’t have that problem. Me, I always tell the truth. Even when I lie.”

He died in a hail of bullets, taking out as many motherfuckers as possible, his body center stage for all the carnage surrounding him. Most men would dream to go out with such style.

You can read more of my work at Thought Catalog

3 thoughts on “Why Men Look Up To Tony Montana”