“…You are the lowest form of life on Earth. You are not even human fucking beings. You are nothing but unorganized grabastic pieces of amphibian shit! Because I am hard, you will not like me. But the more you hate me, the more you will learn. I am hard but I am fair. There is no racial bigotry here. I do not look down on niggers, kikes, wops or greasers. Here you are all equally worthless…” -Gunnery Sergeant Hartman, Full Metal Jacket. 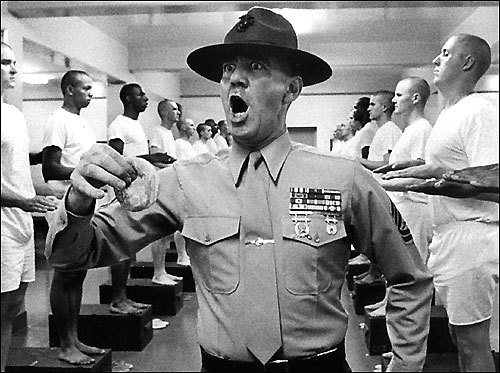 We are all born equally worthless. It doesn’t matter if you’re born white, hispanic, black, asian, arab, jew, or whatever other racial groups there are. We are all equally worthless to the world. Your race does not entitle you to shit. You’re not superior nor are you the lesser of any human being just because of the color of your skin and the features of your ethnicity. What truly matters is the content of your character and how you define yourself. Not simply conforming to how society thinks you should be like.

Real racial bigotry has gone to the wayside in most of the American populace. Being a legitimate racist comes at the high cost of ostracizing yourself from society and only socializing with closed minded bigots. Though, trace remains still linger in the psyche of the general public, both in the former persecutor and the formerly persecuted. Because of past racial turmoil, policies of political correctness and affirmative action have taken effect. These policies have neutered politicians, employers, and police departments ability to do their jobs effectively. Affirmative action has created resentment among employee’s about their minority co-workers because they’re not sure if they were indeed the best candidate or were hired because the employer needed to meet a demographic quota.

It also spawns the idea that minorities, specifically hispanics and blacks can’t make it on their own without the assistance of the state. Because we’re supposedly so beaten down by the system that we’re not able to motivate ourselves to accomplish and stand out above our peers without those added little incentives employers get for hiring a “culturally diverse” work force. That is enraging and real racism at its core. When I apply for a job and am being considered for employment, I don’t want the deciding factor to be that they need to fill the spic quota. Rather, I want it to be because the hiring manager saw a great amount of potential in me and my past experiences show that I am capable of handling the tasks that will be assigned to me. 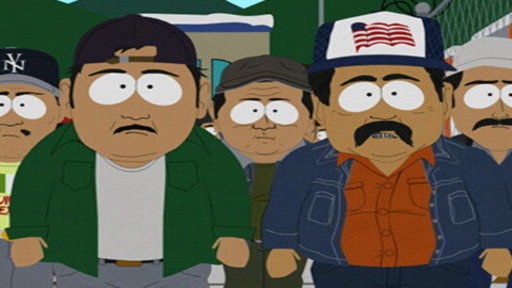 Even though I haven’t lost touch with my roots.

We have also forged an apologetic culture in the United States where anything one may say that would be considered racially insensitive can cost them their social status and possibly their career. We’ve gone from being one of the most racist countries on the planet to being one of the most über politically correct one. A racist joke told to a co-worker and overheard by the wrong person can label you a bigot or at the very least makes you take an equal opportunity class. Though it makes sense why those policies are in place in order to keep the integrity of the work force, the real question is: Who the fuck still feels real racism to such a degree that a simple joke will crush their precious little feelings?

Hasn’t my generation, Generation-Y, grown up in such a racially diverse environment that we honestly don’t give a fuck about a persons race? You know what we do care about? Whether that person is actually cool or a total tool. We care if they’re actually a good friend who is loyal and reliable, not if their ancestors immigrated from the same shitty third world country as ours. We care about the experiences we shared together, not if our ancestors were rivals. We care about the jokes we can tell at one another’s expense and laugh uncontrollable together. We’re friends because we share the same activities, hobbies, and taste in entertainment, not because it’s nice to have a friend of different race to make one seem cultured.

“See! We’re laying in a circle full of people of different races! We are so open minded and cultured!”

Race is irrelevant in modern friendships. Racist jokes at the expense of whites, hispanics, blacks, asians, arabs, and jews are common among any group of friends of whatever mix of racial demographics. Laughing together at the quirks of each others cultures and race is more conducive to healing the wounds of hundreds of years of racial tension, hatred, and violence than all the vacant, politically correct talk and worthless social policies in the world.

We’re at the threshold of an age that Martin Luther King Jr. spoke about in his timeless speech:

“I have a dream that my four children will one day live in a nation where they will not be judged by the color of their skin but by the content of their character.”

12 thoughts on “Every Race is Worthless”