With each passing New Years one tries to remember where they were at that time the previous year. For some, they were brighter times and for others, they were darker times. Life is that way. You’re on top of the world one minute, and sucking cock for crack the next. The world is tough, but it’s not an invincible opponent. With the right attitude, tons of hard work, and a little bit of luck, you can always change the tides of your life.

2013 was a weird year for me. I hit a new low in some areas of my life and hit new highs in others. The year started out rough: I got drunk as fuck on New Year’s Eve and ended up losing my iPhone. In my inebriated state of mind, I came to the conclusion that a group of four Russian dudes stole it from me, and I got aggressive with them. I got my ass kicked by all four of them. I don’t remember if I even got a punch in, but I had a swollen cheek, elbow, and twisted ankle for a good week. Not only did that occur, but I drank so much that next day I showed up one hour late to work reeking of booze. My team leader, being the good man he is, covered for me. Being the big piece of shit I am, I fucked up once again, overslept the next day and was late for work. Hence, I got fired from my good paying job in Israel.

Afterwards, I backpacked around Western Europe randomly for a month and headed back to the United States after a year and a half of being gone to start a new chapter in my life. What would that chapter entail was a question that lingered in my mind as I spent a good six months smoking weed, drinking, working 12 hours a week, playing video games, working out on occasion, writing on occasion, and not having any real responsibilities. It’s amazing what a lazy, worthless creature a man is capable of becoming when he doesn’t know what the next step in his life will be.

I rode my motorcycle almost a thousand miles to my Mexican hometown of Cuidad Obregon, Sonora to spend a week camping with the rest of Felix clan. While I had a great time, I was also reminded of where I came from and why my family left that worthless, corrupt country that contains no future for anyone of true ambition.

The long-distance, compounded by other issues we had, killed my year and a half relationship with my beautiful Israeli girlfriend. I later became smitten by another chick who I met through my blog and in turn, had my heart crushed by her. Basically, my love life was nothing deeper than a string of one night stands that I had with girls who I met through my bouncer job.

While I was deprived of any form of romantic love, I was abundantly blessed with real friendships. I became room mates with my best friend, Sleazy-E, few other awesome guys, and hung out with all my old high school friends. I reconnected with some of my Ranger buddies from my Army days and was introduced to a shit-ton of current and former Rangers that I now consider my friends. I started working at two bars where I genuinely enjoy talking to and seeing my co-workers. I’ve had fans of my writing reach out to me, some have become close friends that I fully trust and others, potential lovers.

When I started working as a bouncer, I had a goal of becoming a bartender. Since I am a not a chick with big tits or a pretty, blue eyed white boy with a smile that melts girls’ hearts, it was going to be a tough gig to get. I made it known what my goals were. I worked hard, figured out how to pick up chicks using bouncer game, and threw the occasional drunk out the bar. In turn, I was recommended to work at another bar as a bar-back/bouncer and now am being trained to bartend. I got an opportunity that people wait two or three years for in eight months and now am making a decent amount of money because of it.

My writing has truly taken off. I’ve had articles featured on Return of Kings, Thought Catalog, and Sass & Balderdash. I have become one of the most liked and most hated writers on Thought Catalog. My best piece to date, The Division of Generation Y, went viral and was shared on Facebook 50,000 + times and has been viewed hundreds of thousands of times. It has solidified and given legitimacy to my writing and my writing style. It has given me a taste of what success feels like and what kinds of opportunities are presented when I open my heart, mind, and soul to the world.

There was a lull in my writings after that piece. I was overwhelmed by the success of it. I had no idea what I could write that would top it, or even at least come close to matching it. I would begin to write a new piece, fully confident it was going to be another smash hit, then I would lose traction half way through. Nothing seemed to come together the way I wanted it. With that, my consistency suffered and I wasted two months with each day feeling guilt-ridden because I hadn’t produced another groundbreaking piece.

As much as those fucking bitch-made haters on Thought Catalog wish it had, quitting has never crossed my mind. Self-doubt has. Self-loathing has. Quitting? Fuck you! Surrender is not a Ranger word, mother fuckers.

In this journey in the writing world, I have discovered that I truly have a writing talent and a voice that can’t be replicated. It’s something that no one can, nor will ever take away from me because I possess two very important traits: Emotional toughness and balls. I’m emotionally tough enough to take the harsh criticisms, the trolls, family members telling me they don’t like what I write, people cutting me out of their lives because of my written work, the dead ends, the long lonely nights in front of the screen, and the silence when what I write doesn’t resonate with anybody. I have the balls to go after my dreams, write under my real name, put myself out there, take rejection, hatred, and still come on out top with sweat on my brow and a shit-eating grin.

The only thing that can and has been holding me back is myself. Yes, I write, but I’ve been treating my writing with a hobbyist work ethic. It has invigorated me how much I have accomplished with just that effort, and it has deflated me how much opportunity I have missed out on by treating it like a hobby. I’m in a perfect situation in my life to make a big move, and I have decided on it; I’m treating my writing with a professional work ethic.

2012 was the year I started this blog, but I was sporadic. In 2013 I took it more seriously and put my toes in the waters, but I wasn’t as intense as I should have been. 2014, is the year I fully dive in and sink or swim. I’m nervous. I’m excited. I’m scared. I’m overjoyed combined with a host of other conflicting emotions. Just like being a soldier, it doesn’t matter what you feel, as long as you do your job. Trust me, I’m going to do my job with every bit of my being, and it will be a job well done. In life, your biggest enemy isn’t the world, your haters, your environment, or the nay sayers; your biggest enemy is yourself. Once you conquer yourself, you can conquer anything. 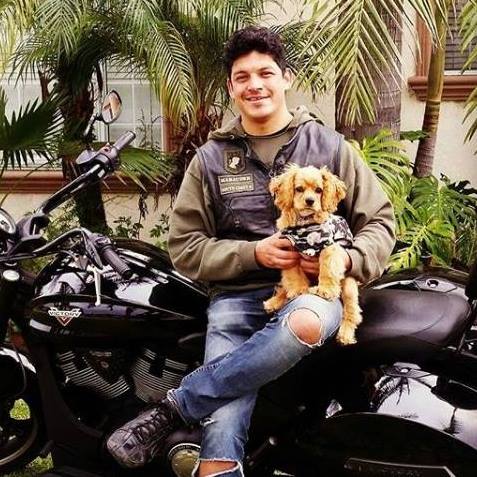