I’ll admit it, sometimes I feel lost in this thing called manhood. There are times and days when I feel like I am on track toward becoming the man that I want to become. Other days, I feel derailed and demotivated. On those days I look back and wonder what the fuck I did with those 24 hours. The answer is disheartening: nothing, and a lot of it. That’s when I look deeply at the reflection in the mirror and spit at it in disgust.

There is no urgency for me to completely grow up. I don’t have crushing student loans, a mortgage, or car payments. I don’t have a serious relationship with the prospect of marriage in the foreseeable future. I’ve even managed to avoid the ultimate crux of being Mexican: getting a chick pregnant at a young age. No little Raul Jr running around draining money out of my bank account, crushing and shitting on my dreams with his mere existence. My working theory is that it’s because I specialize in fucking and dating white chicks who dislike their fathers enough to be with a dark skinned man, but not so much that they want to be with a black guy. Hispanic chicks can’t be trusted to fuck without condoms even in relationships; they’re insanely fertile and since a vast majority of them come from overbearing catholic families, abortion is not an option. Asian chicks never dig me because they know dating me will bring great shame to their family.

Raul Felix only has to only worry about Raul Felix. Since I am very self-centered and a bit aloof to what others feel, it’s a pretty easy task. I’m the only male in my family over the age of 23 who isn’t married or doesn’t have a little shit-machine ankle biter. However, that doesn’t mean I never want that. When I picture how my future will be like, I see a beautiful wife with ample breasts and an amazing ass who I will have hotter sex with than two bunnies in a wool sock. As fuck trophies, there will be a couple of Felix spawn roaming around wreaking havoc.

Whenever I meet an older person, male or female, I always ask them what they would have done differently if they could do it all again. The most consistent responses are: get an education in a real major, one that actually gives you a real world tangible skill such as engineering. Hold off on marriage and having children until you discover who you are and what you truly want out of life. Travel when you are young and free of responsibilities.

I don’t have a college degree, so according to my boy Kendawg, I have no right to make fun of him like I constantly do because he made the ill advised decision to major in Archaeology. I just know that a vast majority of people who I know personally who have a humanities degree are not even working in the field they studied in and have no hopes to unless they get their masters and in some cases, PhD. While the people I know personally who have a STEM degree (Science, Technology, Engineering, and Math) actually are gainfully employed in those fields. With that knowledge, my other friend, Sleazy-E, and I, in our late 20’s now, have taken it upon ourselves to major in engineering. He in Civil Engineering and myself in Computer Engineering, though we’re both still a long ways off from graduating.

Just from being a writer, I’ve run across a few people who had to pretty much restart their lives after their kids left the nest and are currently struggling to discover who they are. Hell, the cougars I’ve picked up at the bars have shown me first hand how freshly divorced women who didn’t really get to enjoy their 20’s because of the responsibility of a husband and children behave when they get their hands on a half-decent looking man, such as myself. (Hint: if you’re an attractive cougar in the Southern California area, send me an e-mail.)

I feel it is a manifestation of making up for lost time. They want to live the life they never got to enjoy and in my eyes, they have the right to do so. Better late than never, tis grandeur to be a hot cougar on the prowl than a bitter old spinster. For the more ambitious types of men and women it can mean finally going after what they truly dreamed of doing, the thing that they had set aside, but always was lingering in the back of their head, because of the burden of being a grown up.

There is a world of difference between traveling with just backpack on a bums budget and staying in shady hostels and partying with people from all the different places of the world with questionable moral values than traveling with family. There is an insane amount of independence when you travel alone or with just one companion. There is minimal logistics, budgeting, and you’re able to be quite serendipitous with your time and what you do. I’ve traveled through thirty states of the United States on my motorcycle for 2 and a half months, spent three weeks traveling the entire country of Italy on a motorcycle, and backpacked randomly through Western Europe for a month. I can only imagine how lame and how expensive that shit would be with a snot monster to drag around.

Depending on your prospective, I can be seen as a failure or a young man on his way to the top. I don’t really have a hard set career path yet, I don’t make six-figures, I haven’t “manned-up” and decided to just pick a reformed slut who doesn’t meet my high standards for a woman and just get married. I have no stability in my life and I live in a hovel with four room mates who drink too much, curse too much, play too many video games, and have the most obscene sense of humor.

I’ve decided to take the advice of those older people and take my god damn time because why the fuck not? There are a lot of things I want to accomplish before I settle down and become a family man. I want to travel the world on my motorcycle, fuck more women, drink more booze, spit more blood, take big risks, exceed my comfort zone, get my education, and make sure I pick the right career for myself. My bad I’m not a prodigy who has it all figured out by 26. I’m not the most mature and responsible person, but I know enough to know that I don’t want to make huge life commitments until I truly feel I am ready emotionally, financially, and eager to give my all to them without any resentment or regrets. I’m not fully developed, yet, are any of us?

“You traveled the US on a motorcycle? Tell me a story!” Alright: The Gay Meth Story

18 thoughts on “Lost in Manhood” 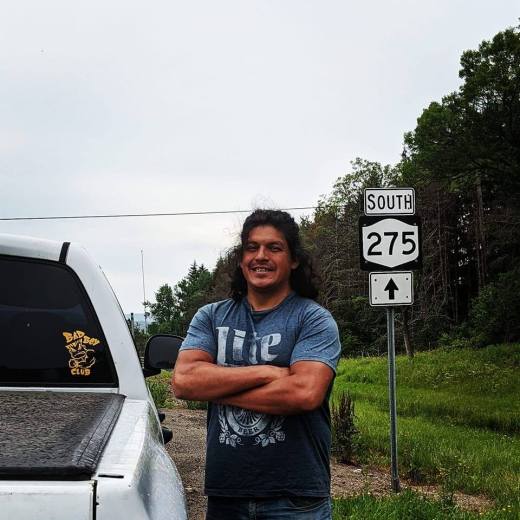